If you have your own story to share then please get in touch and we'll add it to our board.
mybreastcancerjourneyuk@gmail.com 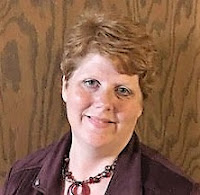 Melody Byl's Story
Melody lost her mother-in-law to cancer back in 2010. 7 years later after a routine mammogram and various biopsies she was shocked to discover she too had cancer. Melody had DCIS (Stage 1A) in her right breast and went ahead with a double mastectomy with DIEP flap reconstruction. 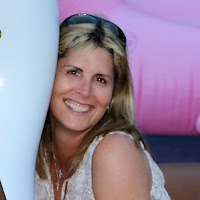 Heather had gone for a repeat mammogram in July 2016 to find a previously innocent calcification had turned into a mass and spread. She went through chemotherapy with cold capping followed by a mastectomy.She completed 6 rounds of TCHP in December 2016, had exchange surgery in July and finished a year of Herceptin in August 2017. This July she will be 2 years cancer free. 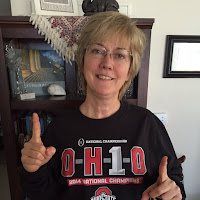 Kim Hamilton Mennillo's Story
Kim has battled with various tumours, both malignant and benign, since the age of four. In 1988 at the age of 33 she was diagnosed with ductal carcinoma in situ (DCIS) and had a mastectomy with implants and a course of Tamoxifen. 26 years later her implant failed and she decided to go for a DIEP flap surgery to reconstruct. 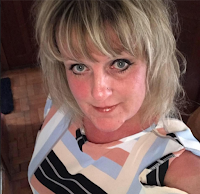 
Hi all, my names Andrea and I’m 47 years old I was invited to have a mammogram 3 years early as they were doing a trial. I decided to take them up on it with out a care in the world so I went had it done off I went. I was getting so excited big holiday coming up a few days later to Vietnam, it was so lovely to go away in November and break up the winter and madness of Christmas.

So there I was having a amazing holiday when all of a sudden I got one of my witchy moments I thought I had to phone home because something was wrong with that mammogram.. sure enough there was and because I was away, I’d missed my emergency appointment. I got in touch with my daughter and told her to phone the hospital and explain and I’d be in touch as soon as I was back.

Determined not to ruin our holiday I lived it to the full -nothing was going to spoil this amazing holiday!!

When I got home it was full on with lots of biopsies and clinic appointments. The first biopsy was done and I had to wait for the results. I tried to carry on as the normal as I didn’t want it hanging over my head. When I went back to clinic I had hardly even sat down when my doctor just said straight out "You have DCIS breast cancer and need a mastectomy and if you’d come at 50 it’d be a whole different". The shock was unbelievable and  I burst out crying. All these things ran through my head... How would I look? How would I feel? How can they take my womanhood away? I'm big busted how are they going to match me up?

I was absolutely devastated but also angry at that time how abrupt the doctor had just come out with it like that. I went shocked into another room, head still spinning feeling crushed, that's when the Macmillan nurses came in to see me talk things though.

My husband couldn’t get a parking space, so he was sat in the car. They asked if I needed somebody there with me.Yes, I did! I was numb shocked head was going blank because all these thoughts and emotions running through my head. They phoned Paul he came in. He got upset too so then I felt bad upsetting him.

The nurses went through everything with me and gave me a pack with all sorts of information in, including mastectomy. We left the hospital and immediately I wanted to see my Mum. We’re very close she was also getting her witchy feeling’s now because I’d been quite some time.

When I broke the news to my parents, my mum started crying and again I felt guilty that I was upsetting those I love so much.That was the toughest point for me, I can handle problems but upsetting others noooooo.

Over the next 3 weeks I had to have more biopsies. When I went back for the results from the second one the doctor said "Your an unusual case, this biopsy has confused us all your first one was high grade DCIS over a 6cm area and your 2nd (different part of the breast) was non cancerous cells so she said we now thinking a lumpectomy."

WHAT?!? For the last few weeks all I've done is cried and grieved over my boob. I’m some what attached to it and now your saying something else. I told the doctor I’d done a lot of research and had decided regardless that I wanted a double mastectomy as I didn’t want to go have to go through this again at a later date. She said it’s not the case in DCIS so we discussed different options but she still wanted to do further investigations.  She instructed a core biopsy- this was the worst! It certainly made my toes curl but I gritted my teeth so they could do what they needed to do. Lymph nodes biopsy was next. After the case was discussed with the MDT team they all came to the conclusion it would be better to have a left sided mastectomy.

Waiting for the operation was the hardest thing but I finally had my DIEP surgery on 8th of February 2018. It’s the best decision I’ve ever made - the results are amazing just healing time now