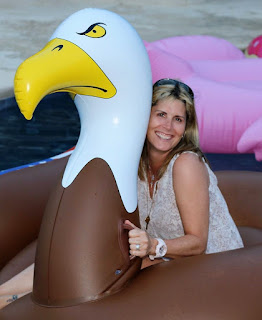 July 28, 2016 my life as I knew it, turned upside down. I had gone in January 2016 for my annual mammogram. I had a baseline at the age of 35 and have gone annually since I was 40. My mother had some issues with her breast but hers always turned out to be benign. I had a great Aunt who died as a result of breast cancer but as far as I was aware, those were the only two issues in my family. So, the results came back in January and I was advised that I had calcification that showed up and had not been there the year before. The doctor did not seem too concerned but stated they would like to see me back in 6 months. I was not concerned either but did come home and do some research about calcification. In the end, I felt comfortable with the doctor’s suggestion.

Fast forward six months… we decided to sell our house, my oldest was graduating from High School in May, we had a graduation party on the books for June, and a cruise planned to celebrate my son’s graduation. Sometime in May 2016, I felt a lump doing a self-check. I had my husband feel the spot and he agreed he felt something. Not overly concerned because I knew I had another mammogram scheduled for July plus all that we had on our plate, I pushed it out of my mind. The house sold, we moved, lived in a hotel (Davidson Village Inn), moved into the new house, son graduated, had the party, and went on the cruise. Now it’s July 2016 and time for my mammogram. I had a normal mammogram, paid to do the 3D mammogram, but then they did not tell me to change back into my clothes, no, I set in a room and then was called to the ultrasound room. It was not until then did I ask the doctor, “So, what brings me to this point?” She said, “The calcification from January has turned into a mass and you have formed a new set of calcifications.” As I watched the screen, I knew the mass did not look good, it’s shape was off and the lump was grayish in color. The doctor asked for me to come back for a biopsy. I went for the biopsy on a Tuesday, my husband was out of town and my father was here with me. During the biopsy (not the most pleasant experience), I asked the doctor if someone should come with me for the results, she advised, “It probably would be good to have another set of ears with you.” I asked if she was concerned and she advised, “Yes, I don’t like how the mass looks.” I still was not concerned; my husband was not due back until the evening on Thursday but he insisted on coming back and going with me. Thursday comes around and the three of us (my husband, my father, and myself) head to the appointment. Out walks the doctor and another lady in a white lab coat, it was not until that moment that my heart began to beat really fast and my mind thought for the first time, “I am not going to hear good news.” Sure enough, my husband and I head back to the room and the doctor tells me I have invasive ductal carcinoma as well as ductal carcinoma in situ. What does that mean? Well, I have cancer and need to meet with a surgeon, oncologist, and plastic surgeon. Life started spinning out of control, everything was moving at a records pace. The surgeon advised I would need chemotherapy and a mastectomy. The oncologist wanted to start chemo 2 days after I meet with him. My husband knew I did not want to lose my hair, we had watched his mother go through breast cancer six years ago, so we kind of knew what was in store for us. He had a friend whose wife had been diagnosed with breast cancer and she keep her hair by using something called the penguin cap. My husband began to do research and found out that Wake Forest Baptist Hospital had just finished a study using the DigniCap. So, we set up an appointment at Wake Forest to meet with an oncologist there. I loved everything about the doctor at Wake Forest, she reminded me of my mother, whom passed away approximately 10 years ago. We were told we could use the DigniCap but that it was self-pay and not covered by insurance. My husband and I discussed the cost and both felt it would be worth it to give it a try, if I could keep my hair. I wanted things to remain as normal as possible and keeping my hair would be a big step in allowing that to occur.

So, Wake Forest Baptist Hospital was our choice for my chemotherapy treatments. My first chemo treatment began August 30, 2016, my husband and I arrived at the hospital bright and early. We checked in and I paid for the DigniCap (we did this at every treatment, as I could choose to not continue with using the DigniCap if I did not like the results). I signed disclosures and then was taken back to a private room to be fitted for the cap. It’s an experience, you have to wet your hair, in the small sink in the room, then sit on the bed with your hair dripping wet until they figure out the right size cap. There were many tries, the cap coming off and on several times, one particular nurse was about to cry because she felt the cap was “not perfectly fitting on my head as it should,” I told her “absolutely no crying.” That process took about an hour or longer, then we had to wait for the machine to cool to it’s proper temperature, negative 3 degree Celsius. Once the machine reached the desired temperature, they could begin the pre-meds and then the chemo. I had four chemo drugs that I was receiving, which took about four hours, then I had to cool down for two hours, still wearing the cap. Needless to say, the day was very long.

In between chemo treatments, I would go to the Oncology unit here in Huntersville NC, to receive fluids and have blood work. My chemo schedule was every three week and every week getting blood drawn. There were times my blood work was very low and potentially I needed a blood transfusion, I did not want one, so i asked all my friends and family to pray as well as myself that this would not be needed. Every time, God came through with my prayer request. I also have to have my heart checked every three months due to one of the medications I receive could damage my heart. I have had two of those and so far, my heart is just as strong now as when we started. My six rounds of chemo stopped on December 13, 2016. Overall, the process was manageable, it definitely got worse as the treatment accumulated but I could manage it with medication. I am happy to say that the DigniCap allowed me to keep 90% of my hair. I cannot tell you how much this affected my mind set, attitude, and overall well-being. I looked the same, acted the same, maybe a few pounds lighter but overall, I was me.

During my treatment, my half-sister, whom I knew of but did not seek out as my mother felt since she had to give her up for adoption, it would not be right to up root her family if she did not know she was adopted, found me on September 16, 2016. Talk about God’s timing, it could not have happened at a better time. Our biological mother had died 10 years ago, so she did not get to enjoy getting to know her first born.

Following treatment, the next step was surgery- scheduled January 13, 2017. Bilateral mastectomy plus the start of the reconstructive process and removal of ovaries and fallopian tubes (all other parts had been removed six years earlier). I needed three doctors to complete my surgery. The surgery would take approximately six hours. I stayed one night in the hospital and came home the next day. I will be going through the expansion process for a couple of weeks and then I will have to wait eight weeks before I can do the exchange surgery. During all this, I still go and receive my Herceptin infusions every three weeks until the end of August.

After my surgery, the pathology came back that there is “no evidence of disease, NED.” Praise the Lord! Throughout this journey, I looked to my faith for comfort of the unknown, I knew he had chosen me for this diagnosis and I knew the outcome was in his hands.

Closing, this journey would not have been possible without the loving support of my husband, Charlie Brown, my boy’s Conlan and Keegan, my father, Bill Howard, my newly found sister Seanette Meserole, and my Flock (Jo Ann Darby, Cindi VanWingerden, Stephanie Edwards, Nila Grier, Shelley Hartsell, Rena Taylor, and Jen Hellar), as well as Stephanie Bradley and Jenny Bodenheimer, plus a whole slew of family members and friends. As they say, “it takes a village” and it sure does.

My official diagnosis was:

Following my NED status I have since formed a nonprofit 501 3 (c) called Hope for Hair Foundation. Our mission is to provide support to cancer patients at risk for hair loss as a result of chemotherapy in two ways: Financial aid for DigniCap (or other cooling cap methods) and by educating and providing products that will help ensure successful hair retention.


For more information check out our website at www.hopeforhair.org.
on May 08, 2018