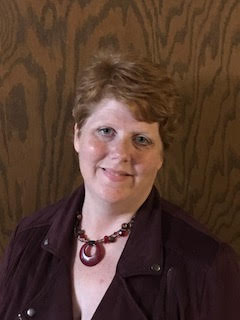 It all started when I went to my yearly mammogram on September 21 2017 but first I want to rewind just a bit to tell you about my mother in law. She was diagnosed with DCIS May 2010. They found hers with her annual mammogram, she had a double mastectomy in July 2010 with expanders.

October of 2014 it returned but this time we found out that it was in mets to her bones. She had a broken spine and ribs but the doctors could not find the source of her pain until one final fateful trip to the ER and an X ray showed the fracture. A pet scan revealed our worst fears - her cancer had returned, this time to her bones. Sadly she was stage 4 and it was terminal. She lived 2 years to almost the day of her diagnosis. She passed 10/4/2016.

I had gotten my mammograms since I was 38 years old . When I reached 42 , I realized I had forgotten the past 2 years to get one.  Something kept moving me to get one. The pamphlet from my dr's office told me I could get one after work and there is no waiting. In and out.  Perfect, I thought.

I went in on October 21, 2017 for a 3D mammogram. My insurance paid for it. Why not!! October 2 I get the call that something abnormal had shown up on my mammogram. I was asked to go in to get another scan of my right breast. I went in a few days later but as I was getting dressed the radiologist, the technician, and a nurse navigator appeared and told me that I needed a stereotactic mammogram guided biopsy. I was taken into another room. I was by myself with no other family with me. The nurse was talking to me and I was just in shock. I needed my husband and I needed him now!!! I called him, he was at work just down the street.  He rushed over to be by my side as the nurse explained the procedure to us. Unfortunately, they had no one available to do this type of biopsy for 3 weeks. 3 weeks?? That was insane!!!

3 weeks came and I went in. My husband waited in the waiting room. During the procedure the radiologist cut into my breast & a large needled was inserted to get enough calcium cells to be able to biopsy. The problem was, I bleed a lot. I sprayed the entire room with blood. They were supposed to get 5 samples but because there was so much blood they could only do one. The radiologist told me that he really thought it was not cancer and that the previous radiologist had overreacted so not to worry. Go home, relax & your PCP will call you by Tuesday (October 31, 2017).

October 31, 2017 came.I had completely forgot that I was supposed to get my pathology report. My phone rang, it was the voice of my PCP.

"Is this Melody?"
"This is she, yes."
"This is Dr Varley, I have your pathology results back & it doesn't look good."

He then went on to say... bla bla bla bla pathology, bla bla bla bla, DCIS. Nothing felt real, I was in a sort of trance. What brought me back was when I heard my doctor say that a nurse navigator was going to call me to set up my appointments.

What appointments? My PCP said a surgeon and an Oncologist. It wasn't processing.

"Wait," I said "Why do I need these appointments?"
"Because of your breast cancer."

I swear on my life I thought he was reading someone else test results not mine.

My appointments were made. It was now October 31 and the local surgeon said he could see me in 2 days. He told me I needed a breast MRI because I had tons of calcifications in both breasts.  I was given an appointment right after Thanksgiving. I went and had the MRI and the next day saw the Oncologists in my small local town. He said my MRI looked bad and I needed to be referred to the breast center and their team at University of WI, Madison.

My 1st appointment was December 10. I saw the breast surgeon and the oncologist and I also had several more biopsies which confirmed I did not have breast cancer in my left breast, only in my right breast. They weren't sure how extensive the DCIS was. They were not very definitive, therefore I decided to have a double mastectomy with reconstruction which is also called DIEP Flap.

It is a 12 hour surgery and they scoop out the tissue in my breasts and use the fat and tissue in my tummy. I got a tummy tuck and new boobs. Win Win.

I did not need chemo or radiation.


It was hard after the surgery. I was in theatre for such a long time so I was told the recovery would be very long too. I was in the hospital for 7 days. Typically patients don't leave their home for about 3 weeks. I am not typical and left the house with my mom about 3 days after surgery. Lol.  It took about 2 months for me to get to feeling like myself.  I am a Real Estate Agent and I started showing homes again about a month after my surgery which blew my doctors mind.


During surgery one lymph node was taken from my left and 2 lymph nodes from my right. On February 28 I was told I had no cancer in my lymph nodes. I had 8 cites of DCIS (Ductal Carcinoma In Situ).  This put me at a stage 1A.

My breast cancer was Estrogen positive so I have to take a hormone blocker, Tamoxifen, for 5 years. I also plan on getting a hysterectomy July 9, 2018.

I did not need chemo or radiation.

I want breast cancer patients to know and understand that there is a beautiful rainbow after the storm. It's important to remember to be positive and always surround yourself with a positive people but also remember it's ok to cry! I cried a lot on my husbands shoulder.

This has been the hardest and scariest thing I have been through personally in my life. I felt like I was in an ocean with many life preservers thrown at me with names such as lumpectomy, mastectomy, radiation, reconstruction. I had to choose the right one to save my life and prevent recurrences.  I chose Diep Flap because I was able to get a tummy tuck and a boob job. Lol. My new breasts match my big butt which I am trying to loose with diet & exercise.

I owe my life to my mother-in-law who's spirit guardian angel told me to get a mammogram & my Savior Jesus Christ. He got me through this storm.